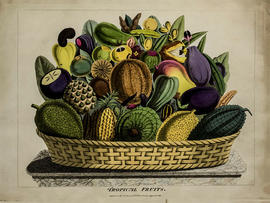 A collection of printed books acquired by the Society before 1850 (though there are a few exceptions). They relate to the Society's early interests in arts, manufactures and commerce.\n\nThis collection of mainly printed material was acquired by collection and donation from various sources. The topics covered in the publications are broad-ranging but relate closely to premiums and awards of the various sectional committees: Agriculture, Polite Arts, Chemistry, Manufactures, Mechanics and Colonies and Trade. Some publications are extracts from proceedings of other societies and learned institutions. \n\nA few pamphlets and tracts in French, and some in German, Spanish and Latin. The majority of the publications are also available at the British Library. There appears to have been no clear order or arrangement of this material prior to cataloguing in 2002.